Amazon Underground – Amazon gets it right!

I was pleasantly surprised to see an e-mail from Amazon informing game developers about the launch of Amazon Underground.

Simply explained, it’s a new program by Amazon that rewards game developers by the amount of TIME players spend in their games. As a founder of a Mobile Games Company with over 65 million downloads, I believe Amazon Underground is a massive game changer for the Casual Gaming Business But, unfortunately, Mobile Games remain the most ‘unrewarded’ of all content channels so far! 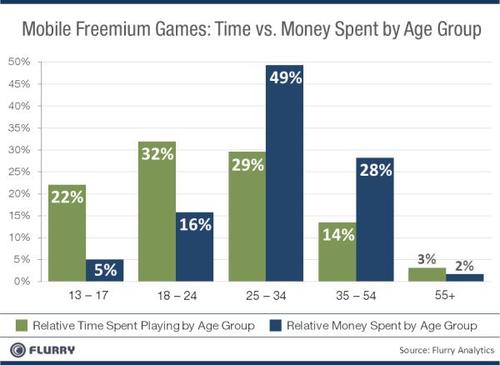 Forget Games, Mobile itself still remains underweight in terms of revenue when it comes to comparisons with TV, Print and other media

The Truth about Mobile Games monetization and Game developers

And of these downloads, less than 2% of players bother to pay for anything as they play (Source – http://mobiledevmemo.com)

Needed – A change  in Mindset

It’s high time we looked at Games SERIOUSLY as Mass Media vs. being ‘The 8th Wonder of the World’. This means that we (game developers) stop saying “We will ONLY develop the BEST game in the world and that will make a great business…” because that does not happen.

One Trick Ponies don’t win races. They entertain us for a while and then die.

I for one have been shouting from the rooftops that Games are like content in Cartoon Channels. You like to watch a Cartoon Channel for the FUN of the content – not specifically for any one particular game. (Think – Can you remember any one specific cartoon episode vs. the enjoyment of switching on Cartoon Network and getting entertained?)

Media has always been rewarded by Time Spent. The number of people X the time they spend watching / consuming media = media revenue of the media companies.

When audiences begin to fade, Media Companies begin to suffer. NOT because of a specific program or episode (Think of MTV’s decline today)

Is the best news for folks like us. Simply because:

– It validates that ‘time spent’ is the most ‘scalable, relevant and indexable’ metric to reward mobile games consumption. While Amazon will directly compensate us today, that metric is more important that the modes of payment (ads/sponsorship) that will follow as a result of the metric being defined.

– Mobile Games will entertain the world. And we will be rewarded on the same (if not better) standards like other media options out there.

– I have not been incentivised by Amazon to write this. Of the 65 million downloads of my Company Games2win, Amazon contributes the lowest (10%)