Avoid the clouds of disruption

Games2win.com – one of the top 20 casual games Companies of the world announced the launch of a new game titled ‘Fly Air India’ in an attempt to draw public attention to the national problem that has crossed the limits of embarrassment and shame. 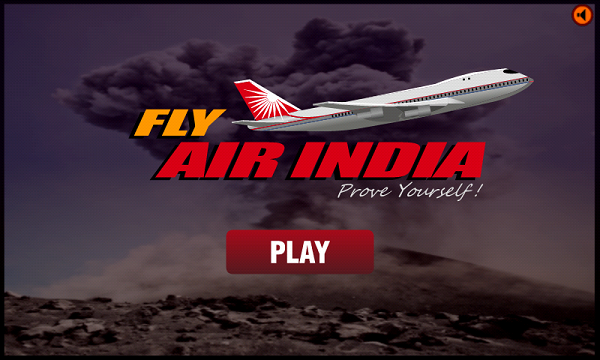 Kamal J – The ‘Chief Hacking Officer’ and the designer of this game boldly said, “I am fed up by the way Air India has disrupted the lives of innocent Indians and global travelers. I read just now that the pilots have withdrawn the strike (after 57 days), but that is no reason to celebrate! Air India makes me feel very let down and this game is my creative expression to highlight my frustration.”

Kamal added, “The Fly Air India game is to activate the 1 million+ Indian gaming community to play the game on their mobile screens and on the Internet and literally fly an Air India Plane, while avoiding the ‘dark clouds of disruption’ that appear as obstacles in the game. These clouds need to be vanquished forever.”

Alok Kejriwal – CEO and Co-Founder said, “At Games2win, we believe that games go beyond entertainment. Gaming is the new ‘Youth Speak’ and can be a very interesting method of communicating important social points. When Kamal approached us and presented this idea of hacking an existing game of ours to deliver this nationalistic message, we loved it!

As a Company, we wish to deliver a very clear, three pronged message:

1. No one can ground India in the future. Even if it means operating an Airplane, Indians can fly one ourselves.

2. Corruption, politics, anti nationalists exists everywhere. We cannot afford to collapse under their force. We must keep flying.

3. Public servants must learn to behave themselves. They cannot take the government and the very citizens who feed and protect them to ransom!

May all the miles flown by the players of this game prove that as a nation, we don’t get blackmailed by anyone and we can overcome the biggest obstacles that exist.” and on the Android platform. 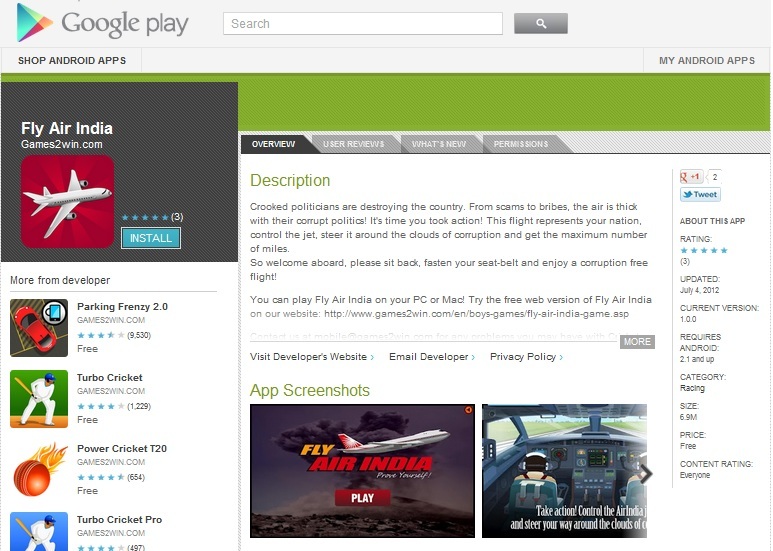 Games2win has also submitted the game on the Apple iTunes platform and expects to see it going live next week.

Games2win is a global top 20 casual games business and entertains over 15 million unique users a month as per comScore. Games2win owns over 600 original games that are published on its portals GangofGamers.com and Games2Win.com as well as on the iOs and Android market places. Only recently, Games2win’s Parking Frenzy Game became the #1 most popular app and game in the world.

More information is available at https://games2winmedia.com/about-us/