Backyard Game FactorRy was established in 2010 and has been a successful operating games studio, building web and mobile casual games.

Alok Kejriwal – Co-Founder and CEO of Games2win said, “We have had a long working relationship with Backyard Game FactorRy and have always appreciated their work. Given that we are rapidly expanding our teams and headcount, we found it viable to propose a 100% acquisition of Backyard Game FactorRy. The Company will continue to operate as is, with its existing employees and will be headed by promoter Rahul Jaiswal, for whom we have great respect. Also, given the fact that the Company is based in Delhi, they will now hire aggressively and build a larger and robust studio for Games2win using the great talent present in the NCR region. This helps us leverage Mumbai and Delhi as major talent hubs for digital development in India. We are also quite keen to acquire additional game studios and game Companies in India who have an expertise in mobile and online games.”

Rahul Jaiswal – CEO of Backyard Game FactorRy said “We have always enjoyed working with Games2win as partners and have built several online games for them. When Alok Kejriwal and Mahesh Khambadkone (Co-Founders of Games2win) approached us and explained to us their long-term strategic vision for Games2win, we felt it was a great opportunity for us to partner with them and be a part of a much larger enterprise. This acquisition now empowers us to build our dreams, with the strong backing of a global gaming giant.”

Games2win (g2w) has metamorphosed into a gigantic casual games business, operating across a global footprint, leveraging its own IP. The business has clocked 30 million game downloads across the iTunes and Android platforms in just one year. Two of its games – Parking Frenzy and Super Mom have topped the global app charts. Its mobile games constantly feature amongst the top paid apps on the USA Amazon Kindle store. The Company entertains over 20 million monthly consumers across various mobile and web properties. Games2win owns 800 proprietary, casual games that are being swiftly transformed into delightful mobile games.

Games2win is headquartered in Mumbai, with a presence in San Francisco. The Company employs over a 100 people and is ranked amongst the top 20 global games Companies on comScore. The Company’s investors include Clearstone Venture Partners, Silicon Valley Bank, Nirvana Digital Fund, Nexus Venture Partners and ICICI Ventures.

We are pleased to announce that Backyard Game FactorRy is now successfully integrated into Games2win. 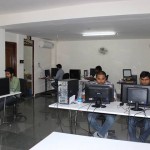 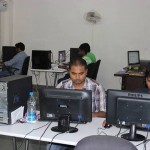 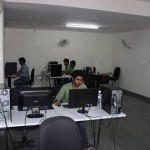