Why did we partner?

When Team Games2win came across “4×4 JAM HD” we felt that it was a game with great concept and mechanics but needed some tweaks to help make it better and become a commercial success. Hence, we decide to take charge of the game and do what we do best, make it ADDICTIVE for the user!

How did we achieve success?

Our team focused on 3 things that we do with every game we publish.

Mode selection was made easier

Car Selection screens were made simpler with emphasis on the car

Barricades and Guidance Paths were added to levels to make it easier for users to drive, navigate and win!

We analysed every moving part of the game using our proprietary Game Analytics Software: This is the success we achieved!

The game launched on the Google Play Store and quickly achieved top ranks (viral, organic and also promoted via our networks). Thanks to awesome numbers, Games2win and Invictus earned lots of $$$$ 🙂 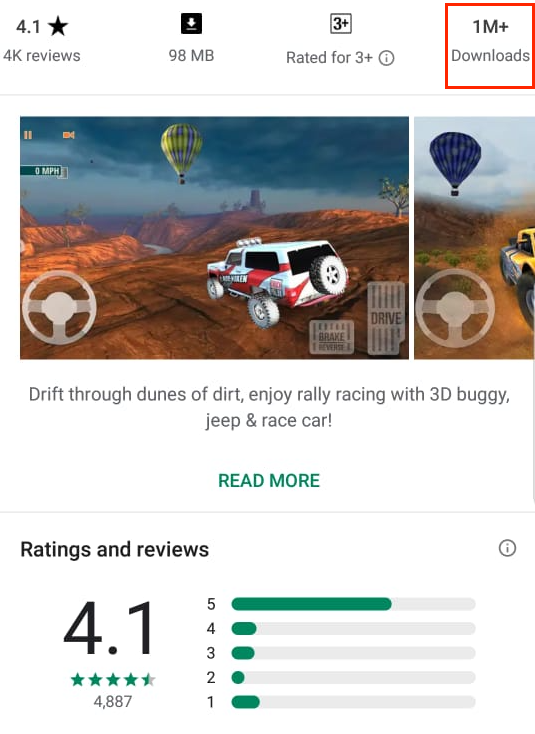 Invictus Games CEO Tamaz Kazak said, “It’s been a great pleasure to work with Games2Win. They made a great number of improvements to User Interface, First Time User Experience and Gameplay balancing, ultimately resulting in over a million new downloads to the game.”

If you have a game that needs a needs a fresh new breath of life or are planning a brand new game that needs support, simply get started here – http://bit.ly/replay-gaming-fund