Games2win USA announced the appointment of Chris Beech as a Games Developer for its USA business operations. 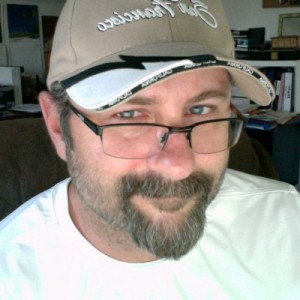 Chris Beech, 40, is a veteran of casual games and has many international hits to his credit.

Justin Molyneaux – Head of Games – USA said, “I have worked with Chris for over 5 years during my tenure at AddictingGames. I first discovered Chris when he won the first annual Most AddictingGames Developer Award. He is a very prolific developer who has built nearly thirty games out of which most of them were productions that we created together. He is both a skilled artist and a great programmer”.

Chris will actively work with Justin and help build new global titles for both the online and mobile mediums for Games2win.

Alok Kejriwal – CEO and Co-founder of Games2win said, “We are really excited to have Chris on board. Chris is really talented and can swiftly turn around ideas and concepts into working game prototypes and finished products. He greatly compliments Justin’s Game Designer skills and I believe that as a team they are set to rock the gaming world!”.

Games2win is a global top 20 casual games business and entertains over 15 million unique users a month as per comScore. Games2win owns over 600 original games that are published on its portals Games2Win.com and GangofGamers.com and on the iOS and Android market places. Games2win’s latest game ‘Parking Frenzy’ recently reached no 1 position on the global iTunes Stores after scoring top ranks in the Android market place. More information is available at https://games2winmedia.com/about-us/