On the 31st of July 2015, Google Play reduced the minimum purchase price of in-app items in India and finally ‘de-linked’ in-apps prices that were pegged to the $US. That move totally made sense.

Especially in a land like India where billions of people are used to ‘nano consumption’ while paying micro nano prices! 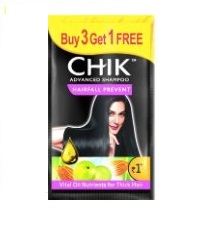 In the US, I have routinely paid or rather ‘fed’ a crisp $US 1 bill into a soft drinks dispenser machine (usually on the hotel floor) to spit out a can or bottle of Coca Cola. In India, we stock Coca Cola bottles across our office floors for our employees. These cost about Rs 10/- each (200 ml).

Now, using the official rate, would anyone in India buy a Coke Can or Bottle in India for Rs 66? Obviously not! If you buy Coke Zero cans in bulk from supermarkets, you can get them for Rs 30/- each.

The point I am driving here is that while the ‘official’ rate of two currencies are decided between governments and central banks, there is a softer, market driven, ‘right’ consumer  price. One can think of that price (let’s define Purchase Price Parity here) by comparing what 2 identical consumer goods would cost in any two countries as that time.  The Economist’s  “Big Mac Index” is the most exquisite study in this field.

It doesn’t require Einstein to tell you why the Coca Cola Company has priced its Drinks between Rs 10-Rs 30 in India whereas they cost the equivalent of Rs 66 in the USA. It’s based on the ability of consumers to purchase goods basis their level of income based in those countries. Simply put, an attempt to price things ‘equally’ a la attaining “Purchasing Power Parity”.

I’m not a Coke Employee and nor do I profess to be an expert Economist. I am a mobile gaming entrepreneur, with the ambition to make the best (most fun) mobile games in the world. And in doing so, I hope to get rich too!

If you have played free mobile games, you may have noticed many ‘in-app’ items within the game that sell for real money (power ups, spells, vanity items). In case your wondering, yes – people DO pay for silly stuff like the kind you find inside Candy Crush.

The challenge for gaming Company Business owners is to make people pay for in-apps items. The challenges that arise are:

With the best effort, only 2% or less of players pay for anything in a free game 🙁

If you were playing the game in India before the 31st of July 2015, you would see this screen:

Notice that the US$ 1 = Indian Rupees 65 in action. This was the default setting in Google Play.

Come 31st July and with the introduction of ‘minimum pricing’, developers like us acted immediately and drastically reduced our in-app prices to a more realistic Indian Rs / US$ PPP (Starting with 1 US$ = Rs. 10 and upwards) in many of our games).

Note that this was reducing prices by 85% !(Can you ever imagine that happening in real life?)

Obviously, we expected in-app purchases to increase given the drastic reduction in prices. The question was, to what extent?

This is what happened. Hold your breath! (Click on the chart to expand)

So, did that mean that we retired, went to the beach and wrote down this post?

While in-app purchases went up from a base of 100 to 650, remember we had slashed our prices down 85%? This was the NET result:
(Click on the chart to expand)

For a moment it looked like Christmas had arrived in early August, but ultimately we discovered that Revenue increased by a humble 10%.

This one experiment compelled me to create the following simulations to prove what we all know but haven’t tried : With the reduction of prices down to the basic affordable level of Purchasing Parity, there IS a strong case to drive CONVERSIONS UP rather than price.

1. First, how the market would look without PPP being introduced in-apps:
(Click on the chart to expand)

2. If everyone did what we did – reduced prices by 85% and enjoyed the ride without doing anything, this is how the market could pan out
(Click on the chart to expand)

Outcome : Revenue moves up 35%, all things being the same!

4. One last one – Pushing the bar to highest level, what happens if we improve in-app conversion a wee bit more to 1% (the global western average is 2%), make consumers enjoy downloading 1 extra free game a month (natural effect of reduced in-app prices), and just make them pay Rs 1 extra (2 US cents)?

Viola! This is what happens! (Click on the chart to expand)

Does this work in Brick & Mortar?

I spoke to the biggest guru in marketing I know – Shripad Nadkarni who had headed Marketing in India for Coca Cola (responsible for the 200 ml Coca Cola bottles in my office!!) and Johnson & Johnson; and quizzed him about how this strategy would pan out.

Shripad instantly said, “Alok, reducing prices works really well when it’s combined with a deep consumer insight and offered to consumers as a reward for something they have always wanted vs. just saying ‘Hey consume more because of reduced prices’.”

For instance, in the case of the Rs. 5 Chota Coke offering (200 ml), Shripad and his team at Coca Cola India had figured that consumers needed 200 ml as just the ‘right’ amount of serving to satiate their thirst via a cold drink. That allowed Coke to reduce the size of the SKU and then offer it as a Rs. 5 surprise price! The Category as we all know just took off post that. Shripad said, “The insight of perfect serve quantity is what we took and leveraged it with the right price as an offer.

The equation I’ve always followed is: Value = Benefits – Price. You can reduce price to increase value. However if you can improve/increase/add to the Benefits package while reducing Price, it’s a sure winner. And the Benefits package could be increased along many axes – product, service, packaging, convenience, imagery, etc.”

– PPP is a level playing field. Establish it to get consumer traction
– Lower prices DO NOT mean lower revenues. In fact the opposite holds true sometimes
– Push shove and leverage PPP. Make consumers enjoy your products, consume and spend just a bit more… The compounding effect is gargantuan!

Caveat – I have not been incentivised by Google or anyone else to write this!