Romney may have chosen his VEEP candidate, but casual games Company – games2win has other ideas! On the heels of the announcement of the ‘chosen’ Vice President, games2win has released its online game – appropriately named the ‘Romney Veep Dating Game’ to help players make their own choice for Mitt’s VP!

Says Justin Molyneaux – Executive Games Producer of Games2win USA, “There has been so much excitement around Mitt Romney’s choice of Vice President. Now that he has made his choice official, there’s bound to be many people disappointed with his selection. So Games2win has taken the lead in creating a satirical game that lets users “speed date” the short list of candidates and gives power to the people to decide Mitt’s VP”.

The company has applied the laws of speed dating to create an unprecedented system, fit for the elite – VEEP Dating. This system makes finding the perfect (running) mate a snap. Ask a few questions and soon you’ll know how Romney arrived at his Vice Presidential choice.

The game features interviews with former short list candidates including Tim Pawlenty and Marco Rubio. It also includes some surprises to keep voters on their toes.
The game is available here.

Games2win has always taken the global lead in creating ‘topical’ games centered around current issues such as Miracle on the Hudson, Saving Captain Phillips and Apollo 11.

Games2win owns over 600 original games that are published on its portals Games2Win.com & GangofGamers.com and on the iOS and Android market places. Games2win’s latest game ‘Parking Frenzy’ recently reached no 1 position on the global iTunes Stores in the free apps and free games category! 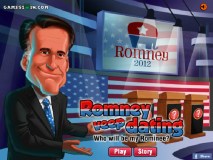 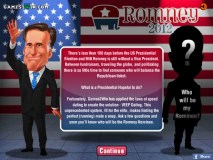 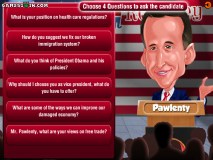 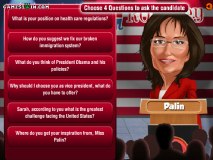