So you think you are a creative genius? Help Games2win celebrate 10 million downloads of Parking Frenzy! 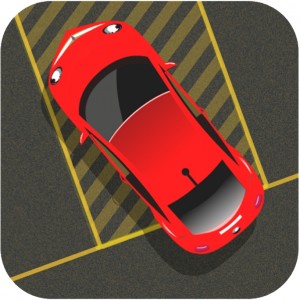 In the next few days, Games2win’s Iconic game – Parking Fenzy will have achieved 10 million downloads across the iOs and Android platforms (equally split 5 million each platform).

If you haven’t played the game – get it here (iOS) or here (android) and read what we said here.

We want to talk about the MASSIVE size of the number 10 million. What it really means in the context of numbers!

The above is just an idea – not ‘the’ creative direction.

What we want to achieve is to make a large impression on Investors, Trade, Community and the global industry at large about what Parking Frenzy as just one game of Games2win – an Indian Company has achieved.

How will we communicate the creative?

The creative idea will be published on our blog (games2winmedia.com) and also sent to all media publications (India and global).

Alok Kejriwal (CEO of Games2win) who is the #1 most influential resident Indian on Branding and Marketing will also heavily promote the communication.

What do you need to do?

Just send us the idea first. If we like it, then you can develop it further. The more clearly you explain/sketch the idea, the better it is.

We do not intend to pay any ‘fee’ for this. Instead, we will give you ample credit for being ‘the creative genius’ behind the idea and will happily link your personal/business web page for inquiries, etc.

A cash reward and/or more working assignments across the 2win group are possible!

Please send us your ideas asap. We want to finalize the final communication latest by Friday (22nd June) for a Monday – 25th June release.

Warning – our in-house creative team is also going to take a stab at this.

Disclosure – Given the creative example provided above, the ‘infographic’ idea (for example) might be something that is a common idea, but how you present it and the details you put in there will decide the winner! So, don’t worry about working on ‘the same idea’ – instead make it a really different idea!

All entries to go to – alok@games2win.com (CEO of Games2win)